Andros has an area of ​​379.7 square kilometers and the length of its coastline is 176 km. It is 6 miles from Evia (narrow Kafirea, Cavo Doro) and less than a mile from Tinos. The aktografia Andros presents many kolpon- bays and promontories. Important islets surrounding the island is Alidonisi the Kopitita, Lagonisi, Prasonisi and Gafrionisia or Gafrionisia, an island group eight islands and islets located near Gavrio and opposite Kypri. 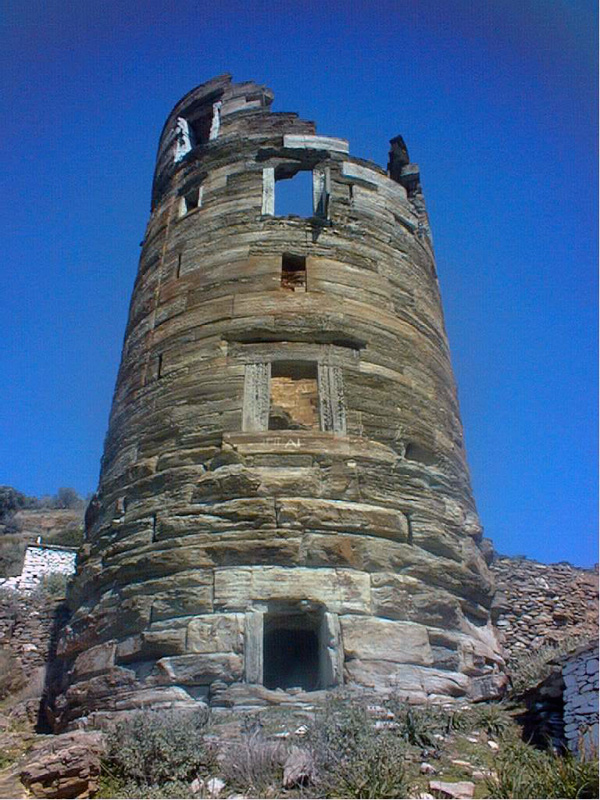 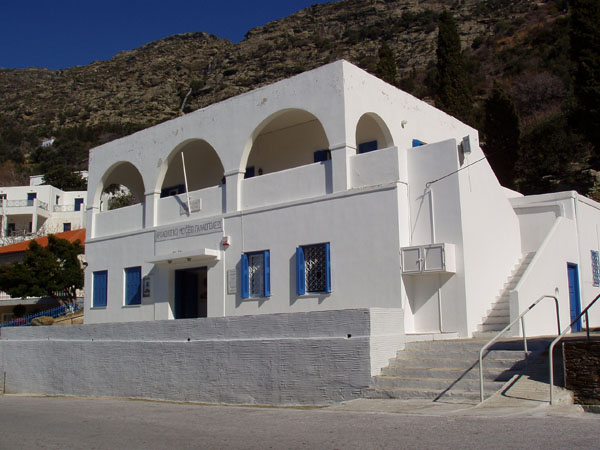 The archaeological museum naval museum as the museum of folklore and Christian art and the olive museum is interesting and certainly worth your attention.

The largest monastery in Andros island is the Monastery of Zoodochos Pigi or Agia, as they call the ntopioi.Einai known when it was built. An unconfirmed information that supports the Byzantine period was School and became a monastery in 842 by Empress Theodora.
The Monastery Pavaxravrou, is the most beautiful monastery in Andros. Located on a slope of Mount Gerakones a height of 230 m. According to the Code of Moni Monastery was built by emperor Nikiforos Fokas in 963-969, during the campaign against the Arabs of Crete (961 AD).
The Monastery of Agia Marina with the holy water and the miraculous icon of St. located in the colony area, north of the country.
The Monastery celebrates on July 17 in Agia memory
HISTORY OF THE MONASTERY OF AGIA MARINA OF ANDROS
The Holy Monastery of St. Nicholas in Vounenois located on the mountain slope in Hours position shortly after Apikia north of the country.
From here you can admire the beautiful view of the valley of Ahla. Built in the 16th century and in 1760 became repair works. 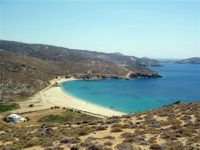 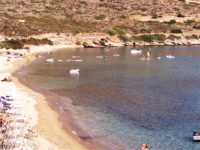 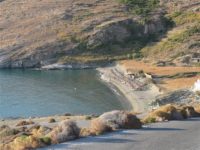 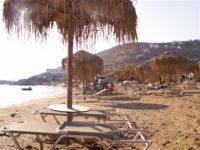 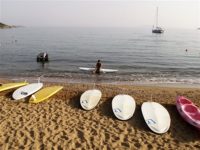 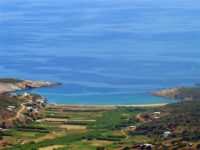 Andros has dozens of sandy and rocky beaches, the most popular sandy beaches are the Golden beach, Kipri ​​and Saint Peter on the south side and north the Nimborio, Chora and Ahla which is accessed by boat starting from the port of country or from the road that only cars with four-wheel drive can cross him.

Of course there are rocky beaches that are popular as Gialia in Stenies the Chalkolimiona in Stavropeda region Warehouses and the Syneti beach village also Sineti beaches candy leap (by car) and Bouros (boat). They are both in the Bay of Korthi. Distinguished both for its unspoiled natural beauty. Remarkable is the Zurg beach, north of the island, with amazing water in a commanding location! To the north of the island are the beaches and Vitaly Pisolimionas, Vori, Ateni. Ormos Korthi there is the sandy beach of Milos. 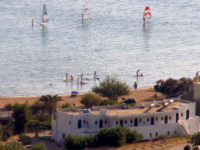 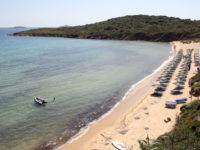 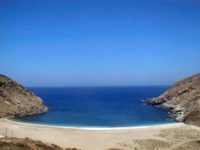 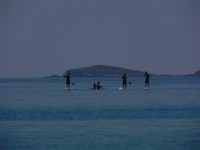 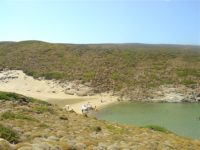 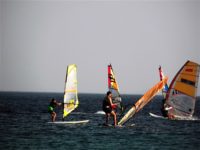 Lovers of hiking will find many trails that run throughout the island. These ancient paths following the natural passages in the mountains and ravines, connecting the places of social and economic interest of the island. Many of these are still used today by the residents to visit churches especially the day of celebration and by farmers for grazing animals. It is believed that these paths, in their basic conception, have stayed the same since ancient times until today.

The main roads constructed in the old footsteps of these paths. Although there are no major rivers Andros is rich in sources of streams and torrents in summer most dry up. Most important of these is the Arnipotamos the selenite, the Ahla, Grand River and Dipotamata. Andros is also known for its springs. The most famous source of the island is the source Sariza located in Apikia.

Other sources that are not as famous as the Sariza are the sources of St. Irene and the saline Pikropigi Arni. Andros may not have plains, but has fertile valleys scattered mainly citrus, leaving uncovered the schist peaks. Rich olive groves and vineyards adorn the stair terraces (benches or carpets by the locals), while nice fields and gardens are lower.

The west coast situated and Kypri, you have the possibility of water sports ski, windsurf, Stand Up Paddle, ScubaDiving A getaway weekend it will make love the SUP.

Two hours only from Rafina Port and you arrived on our island and in Kypri.

Equipped for all levels and all necessary safety equipment. All you need to bring is your good mood.

Extrem statements for all lovers of water sports